Bogus E Cigarette Study Shows Harm to Lung Cells (or does it?) 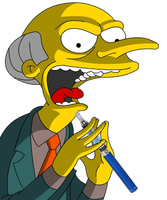 There seems to be a cycle that goes on in the propaganda game against electronic cigarettes. You'll see about a ten day spurt where every alleged news organization picks up the same anti-ecig story and litters the internet with the disinformation.

Either because they are lazy or because they have their own agendas, the writers of these stories always only offer one-sided, highly biased views and buy into any given study's conclusions, hook line and sinker.

The latest story bombarding the news outlets is about a study that purportedly shows that the vapor from e cigarettes is just as harmful as cigarette smoke on lung tissue. This news story is a perfect example of a reporter with an agenda. The first sentence tells you exactly where this reporter's heart lies:

"A laboratory study presented early this year reported that the nicotine-laced vapor generated by an electronic cigarette promoted the development of cancer in certain types of human cells much in the same way that tobacco smoke does."

"Nicotine-laced vapor?" Show me an e cigarette putting out enough nicotine to be accurately described as "laced." Most studies show that the average e cigarette emits hardly any nicotine at all. To be sure, some of the newer mods put out considerably more but the vast majority of e cigarette users aren't using those; they are buying the poor performing throw-aways at the local 7-11 convenience store.

Now, this story is OLD. It was originally reported four months ago. Somebody hit the recycle button, though, and it is being picked up again by dozens of online outlets masquerading as news agencies. It involves a research experiment where genetically modified lung tissue was exposed to cigarette smoke or to e cigarette vapor. The result was that the tissue showed the same thing when exposed to either - the cells "exhibited changes associated with cancer." You can see an abstract of the study here.

First off, it should be noted that the scientists genetically altered the cells and made them more susceptible to cancer. Doing this, they were able to almost guarantee that some sort of changes would occur that would point to cancer. They only exposed the tissue to tobacco smoke and to e cigarette vapor. For all we know, the same cancer-exhibiting changes might have occurred if they would have exposed the cells to the air on a polluted city street, steam or even plain old ordinary air. This is the equivalent of slicing your arm open, pouring salt in the wound and declaring that salt could be harmful to your skin!

The head of the research team, Dr. Steven M. Dubinett, admitted that the study DID NOT establish a relationship between e cigarettes and cancer, adding that they did not know which ingredient(s) in the e cigarette caused the changes to the tissue cells and that those changes were similar to changes that occur with cancer but were not actual cancer.

This certainly sounds a LOT different than the opening sentence writer Barry Meier created in the New York Times piece, where he stated as a matter of fact that e-cigarettes laced with nicotine caused actual cancer to develop.

The researchers say that they used mutated cells because some people who are smokers or who were former smokers have those mutated cells. I suppose they were trying to ultimately prove that switching to e cigarettes wasn't going to help you if you formerly smoked the real thing.

That brings up one final point that I always make it a point to research. Although at first glance, two of the organizations funding the "scientific" study appear innocuous enough - the National Cancer Institute and the Tobacco-Related Disease Research Program - when you look at who funds them, it is cause for an eyebrow or two to be raised.

The National Cancer Institute (NCI) receives much of their funding from the federal government. They also receive private contributions and some of their biggest financial supporters include Abbott labs, Amgen, Inc. and Hoechst Marion Roussel, Inc. - all major pharmaceutical companies. We all know that pharmaceutical smoking cessation products have an abysmal success rate and that they are losing major market share to e cigarettes.

The Tobacco-Related Disease Research Program (TRDRP) receives 100% of its funding from California's Proposition 99 tobacco surtax. When people turn to e cigarettes instead of tobacco cigarettes, they lose tax revenue. The solution: make e cigarettes seem just as bad or tax them, too.

Science is fantastic and should be supported when it is real science not driven by agendas and money. Honest journalism, likewise, is extremely important in educating the public. Unfortunately I think this study and the reporting of it both get failing grades!

BeatNic Blog Quote of the Day: “I fear we must use bad science to accomplish good politics.” - James Cambias, "A Darkling Sea"